Strategy Behind Dish's Blockbuster Buy Out 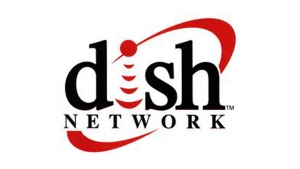 Earlier in April Dish Network Corporation won Blockbuster Inc. in a bankruptcy auction for $320 million. Dish said the deal would open new ways to market its services. Also the deal follows two others this year led by Dish Chairman and CEO Charlie Ergen that could transform the company into a major provider of on-demand video through its satellite system and eventually over a wireless network for handheld devices, according to Yahoo News.

Many analysts assume Dish's action is a direct or indirect move to compete with Netflix. If you look at the two companies' stock price in the past 5 years, Dish remained almost flat, if not negative growth, while Netflix had increased its equity by about 6 times. Therefore in order to sustain business growth Dish has to make some changes. Which currently seem to be the entrance into the in-home entertainment market, more specifically in the subscription segment of online video streaming and DVD markets.

The market is growing fast due to the high impact of rising prices, recession, and digital/broadband booms. At the same time it is intensely competitive and subject to rapid change. Many consumers maintain simultaneous relationships with multiple in−home entertainment video providers and can easily shift from one provider to another without significant associated costs.

With Blockbuster, Dish has more chances to respond to the threat of Netflix, and is fighting back with DishOnline (Dish Network's subscriber-only streaming video service). It is clear that this fight won't be easy for Dish and FiG is almost certain that it will be a fierce battle for Netflix as well. Although Dish's online streaming service along with Blockbuster's physical distribution capability may not have the success or scale of Netflix, it does offer existing subscribers extra value that consumers want and overlaps with Netflix's  instant viweing capability. The question may be whether this newly added value and ability to bundle with existing subscriptions will make Dish enough of a player for consumers to leave Netflix, or to force Netflix take notice and adjust their approach.

More in this category: Ad of The Month: Trip Your Face-Hotels.com »
back to top