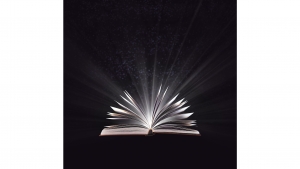 Let me tell you a story about three companies. These three companies went out in the world to make their fortune. The first company decided to play it safe and conservative. Only spending money internally making their widgets that would sell eventually not thinking of the here and now. The second company spent liberally on "getting the word out" but thought little about the future. The third company thought carefully about now and then and balanced their approach.

As in the real world the companies in the story made similar products of similar quality (or provided similar services of similar scope). Time went on and the first company stockpiled its efforts for the day when word of mouth would sky-rocket them to wealth. The second company hired a big advertising firm and advertised every way they could. TV, Radio, Newspapers, Trade-shows, etc... The third firm invested in their company to streamline their process and found a lean mean marketing firm to outsource their efforts. This firm kept its own costs down, charged less, and produced quality work.

You know where this story is going. The big bad economy came and reduced demand so the first company sank under the weight of its widgets. The second company cut its spending dramatically but it was too late and operations ground to a halt, there was no money for payroll. The third company however had a streamlined process to avoid major cost cutting, and an affordable marketing strategy that could be maintained throughout the bad times.

Imagine you're that third company. The weak economy slows your business but does not stop it. Your message is out there, people hear it throughout the downturn and of the three companies you're the only one still talking your product up. No competing message, no background noise. Just you in a quiet media space announcing to the audience. Those in the audience that can buy do. Those that can't know who you are and when the economy picks up and they can buy you're the first one on their lips. They know you, you were always there, stable, assured, and that is how you advertise and market.

The moral of the story:

Marketing is the first thing weak/shortsighted companies cut. Marketing steadily will lead to growth in the long run.

More in this category: « How To Measure Advertising Success What are you missing when it comes to advertising? »
back to top