TV advertising and something to grow on 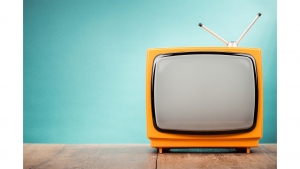 So I was just thumbing through a copy of Science News from over the summer, August 29, 2009 to be exact, and an article caught my eye. It basically says something I've been telling clients and prospects forever. Just because your ad isn't on during a football game on Monday night doesn't mean it won't work.

Prices are based on audience for the show, not for the commercial break. Some shows have a better stickiness for ads than others. A study from the University of Wisconsin pulled data from cable boxes and determined that the average commercial break has 5-10% of the audience channel changing but some really popular shows nearly doubled that. Hell's Kitchen loses 18 percent for example, the show NUMB3RS loses only 6% in comparison. Aside from saying "People pay more attention to a drama with a story than a reality show full of padding" what does it say?

It says that in tv advertising you can pay less because of the smaller audience for a show but get a better value on who's sticking around when your ad airs. Remember advertising can be done on most budgets if the research is done to make sure it is used most effectively.

More in this category: Media Buy: Prize Fighting Championship »
back to top