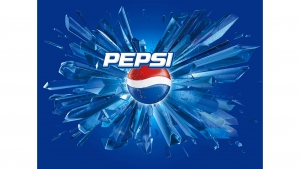 We can't imagine how hard it has been for PepsiCo's marketing executives recently. The soft-drink category has been in decline in U.S. for seven straight years, Pepsi was losing its consumers to competitors, and brand was drifting away from its loyal consumers.

Since last year's soft-drink ranking came out, Pepsi has faced great pressure to losing their second spot to Diet Coke. These results woke up their executives who had been busy with their healthy food categories and turned the company's attention back on the Pepsico's soft drink products.

The brand equity of Pepsi is of extreme importance for the company's success. Everyone knew that they have to make a move, and they did. First, they increased the annual marketing budget ($500~600 million more in 2012) on drinks. Then campaign after campaign--actually, too many-- they tried to stay fresh in the minds of consumers. However, with so many different campaigns, their voice hadn't been focused (See slogan comparison chart with Coca Cola). Now, with the first global campaign and the hope of finding back its true identity, Pepsi presented us "Live for Now"--a campaign that uses music to appeal to a younger generation of consumers.

The company has indicated that its new positioning "Live for Now" reflects Pepsi's marketing research results and better aligns with a younger generation's "desire to capture the excitement of now". Brad Jakeman, the president of global enjoyment and chief creative officer, made it clear that Pepsi's voice has to be clear and focused: No more swinging between campaigns or slogans, the "Now" is for the future! According to Jakeman and his team's research, Pepsi has a unique pop culture with its loyal consumers. So instead of inventing a new meaning to the brand, the marketing team is going to refresh their brand's confidence and swagger as a pop leader. 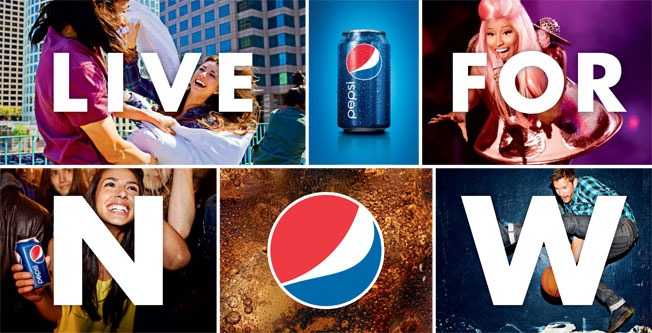 A final note about branding. A brand fresh does not create a successful brand. It only makes the brand more noticeable, identifiable, and preferable. When researching issues with Pepsi's loss in market share, they uncovered outside of branding and in their distribution. Unlike its wide-spread advertisements, Pepsi is not offered at a regular soda fountain. How can we "Live for Now" with Pepsi if Pepsi is not with us?

FiG thinks it is a great beginning for Pepsi to re-discover its brand identity and re-assume its pop path. Should they stick with this messaging, the lost brand concept will be remembered again. Emotional connections, once lost, require tremendous efforts to win back. We hope, this time, when the exciting pop culture resumes, Pepsi will not be distracted by other fads.