‘Sports Authority’ To Be Removed From Mile High Stadium 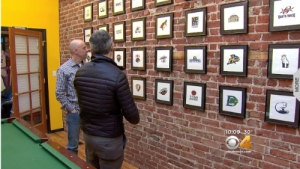 Sports Authority will be removed from Mile High Stadium as the Denver Broncos continue to search for a buyer of the naming rights.

At Tuesday’s news conference, Broncos president and CEO Joe Ellis said that the team will take down the signage within the next 10 days.

“The name needs to remain in place for a while because we have some placeholder events both inside the building and in the bowl itself with some concerts and stuff,” said Ellis.

After former sponsor Sports Authority declared bankruptcy in 2016, the Broncos paid $3.6 million to take over the contract in hopes of selling the rights for a longer, more lucrative deal.

“At some point, it’s like putting a house on the market. You ask a certain amount and if it doesn’t sell in three months people ask why it's not selling,” says Dan Price, President of the sports branding firm Adrenalin Inc, the sports marketing division of Real FiG Advertising + Marketing.

“If they went two years (without a name) does that put them in less of a chance for a higher price because something is wrong? I don’t know,” adds Price. “The quicker you can do a deal, the better, as long as it’s the right partner.”

Who's Name Will Replace "Sports Authority"?

The right partner, according to Price, likely excludes any company outside the Fortune 500 that does not offer a consumer-forward product. That would cut out companies from Colorado. It would also put to rest the ambitious effort of a marijuana dispensary sponsoring the stadium.

Price says purchasing stadium naming rights is one of the best deals in advertising, so long as the company can afford it. Millions upfront can lead to a considerably higher value in passive advertising when a company’s name is repeated again and again over a nationally televised game.

The stadium will still go by Sports Authority Field until events listed with names on tickets are completed.

Ellis said that he hopes to have a new name on the stadium by the start of the season this fall. He also confirmed that the Broncos are staying put in Denver.

This article was originally published on CBS Denver.

More in this category: « A LAX San Diego team name: Seals Federation of International Lacrosse Partners with Adrenalin, Inc. for FIL Branding Campaign »
back to top