The Dethroned King Teaches Us A Brand-Messaging Lesson 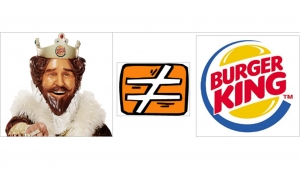 Burger King is advertising again, but not with their King. The second largest burger chain has planned to overhaul everything from strategy and management to their advertising and menu. The reason for the change is obvious. According to WSJ, Burger King's same-store sales have been on the decline recently while  major competitors, McDonald's and Wendy have both seen sales growth at the same time.

Now BK is  focusing on broadening their appeal beyond the original target audience-men in their 20s. Will this new approach bring the crown back to the King? Maybe, but the Burger King has taught us a big lesson in marketing messaging--An authentic brand personality goes deeper than having funny commercials. 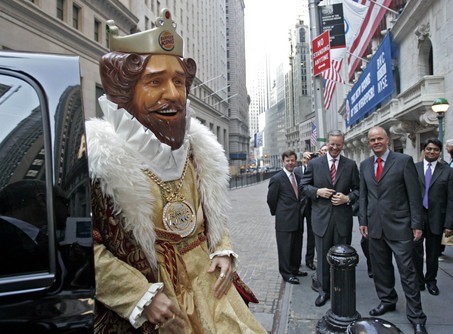 What did the King do wrong? The mascot, who wears a large plastic head, frozen smile, and a red-velvet cape, has attracted much attention from men in their 20s. It was a successful advertisement that generated buzz for Burger King. Unfortunately it was more a short-term boost than a long-term branding effort, and the creative ad didn't translate into sales. The recent mascot has become prevalent but also has a somewhat creepy presence in ads. Ultimately it was unclear what message, if any (we'd argue none), they were trying to convey. This discrepancy in ad performance and revenue is not because McDonald's has more innovative advertising, nor that Ronald McDonald is a hipper mascot. While Burger King was busy building its' edgy brand image, McDonald's has focused on something more down-to-the-earth: promoting its' burgers and concentrating on building a fresh and "healthy" menu.

Brand Messaging: Personality-Authenticity A brand is everything that is associated with your business, and how consumers think and feel and interact with it. Messaging gives you direct control in building your brand. In the fast-food industry, consumers need to make shopping decisions quickly so they tend to recall what they remember of the brand. A well structured slogan, a favorable advertisement, or simply a goodwill action reported in a newspaper will trigger the memory. When it comes to Burger King, the frozen smile doesn't necessarily evoke the appetite, leaving the customer thinking about  McDonald's or Wendy's. Powerful brand messaging has to be recalled quickly. To make  brand messaging effective, the personality and authenticity have to be consistent with what you want your brand to be and how you want your customers to view your brand.

The mascot is leaving, and the new management and marketing team "has no plan to bring him back anytime soon". From a branding and messaging stand point, it's right the move to refresh the Burger King brand. Does your brand have the right personality and authenticity? Do you have the right messaging strategy to speak to your customers? If you don't or aren't sure, FiG is always here to help.

More in this category: « Promoting your Greenonomics Case Study: Bruce Peterka Website Launch »
back to top