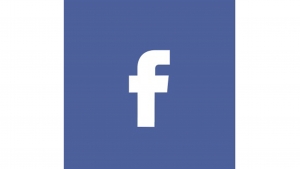 Facebook ruled in the last quarter of 2014, and now boasts nearly 1/4 of the web’s referral traffic, according to Shareaholic.

Facebook’s visits to Shareaholic was almost 25% in December. 2nd place Pinterest’s was around 5%, nearly 5 times less than Facebook. The other social platforms — Twitter, StumbleUpon, Reddit, Google+, LinkedIn and YouTube — had a combined total of less than 2%.

Other interesting details from the report, which includes data going back to 2011:

• Pinterest is still solidly in 2nd place, but it has been steadily losing traction since it’s high of 7.10% last March.

• Twitter is losing share after a 2014 high of 1.15% in July when it was riding a surge during the World Cup. It fell below the 1% threshold in August and fell to an all-time low of 0.82% in December.

• StumbleUpon, besides Facebook the only other service to show a quarterly gain, has lost 69.41% of its traffic share since December 2011.

Read the full report on the Shareaholic blog.