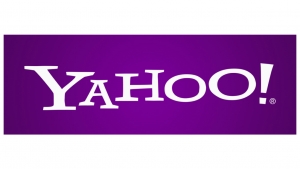 Last Tuesday, August 6th, Yahoo! revealed a new logo on their site. If you weren’t a fan, not to worry. Tuesday's logo was only the first of "30 days of change" where the company will show 30 variations of the Yahoo! logo over the next 30 days. The campaign is in preparation for the release of the official new logo in early September.

For anyone who has followed the company over the past year, this update is probably not a big surprise. Since the hire of new CEO Marissa Mayer, there has been an overall sense of change around the company. Along with updated products, Yahoo has acquired 21 companies including Tumblr, Stamped, and the latest, Rockmelt.

As the company's offerings get an update, it is only logical that the brand will as well. The "30 days of change" is Yahoo!’s way of depicting the “renaissance” the company is going through under Mayer, while also paying tribute to its history and past logo. They have said the new logo will remain purple and include the exclamation point, but otherwise the public is in the dark. So far, logos for days 1 through 6 have been font variations of the past logo. The official new logo will launch Sept 4th at 9pm PT/Sept 5th midnight ET, but in the meantime, you can follow the logo metamorphosis on Yahoo!’s Tumblr page or see it displayed on their homepage.


Does your brand need a refresh? Look no further, FiG can help! Contact us to find out more.