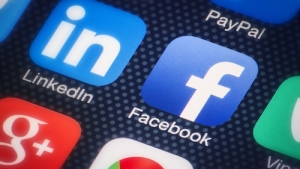 The first version of Facebook Canvas Ads was released back in February. These ads were limited to a few large brands and then later, opened to everyone. This month, Facebook has now added a 360-degree video feature to this ad platform to make them more interactive and more engaging than any social media ad ever before.

A Facebook announcement states it best, “Canvas is an immersive and expressive experience on Facebook for businesses to tell their stories and showcase their products.” Canvas Ads are full-screen mobile-only ads that are easy to create with Facebook’s user-friendly ad builder. To help advertisers, Facebook built something that loads instantaneously for the business and engages their audience on a deeper level than just ordinary social media advertisements.

Once a user comes across the ad, they can click and experience an incredible branding and product showcase. The user stumbles upon the ad and is called to, “Tap to open.” Once opened, they can swipe through a carousel of images, view videos, find links to their website, or other valuable information. There is also a simple “call to action” at the end of the experience.

Now that Facebook has completed their beta testing; they have added in a 360-degree video feature that improves the experience. With the new feature, a social media audience member clicks on the Canvas Ad; then they are taken to a video that is capable of moving around 360 degrees, tilt to view a panoramic shot and even zooms within the world of the video.

Why Canvas Ads Are Brilliant

These ads go past a click; they are engaging, interactive, and memorable. Facebook has taken interactive marketing and put it into the hands of any user. Users, especially the young ones, will go nuts over these new ads. And a happy audience certainly makes for happy advertisers. And the proof is in the analytics. "With almost a minute in average engagement with the unit, this was the best performing Facebook unit to date when looking at time spent," Nick Drabicky, PMG.

How To Create A Canvas Ad

The Facebook platform gives advertisers a step-by-step outline of how to create a 360 Canvas Ad, and there are Youtube videos that take you through it as well.

How Much Canvas Ads Cost

Running advertising campaigns takes a lot of strategic insight planning. Now, with the integration of 360-degree video, Facebook Ads moved up to another level.

Contact FiG today for a Denver advertising agency that will enhance your social media results.

More in this category: « Encouraging the Next Generation of Coders Advertising on Amazon’s Echo and Dot »
back to top