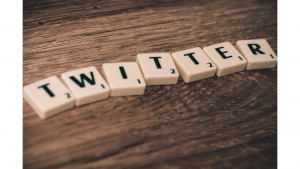 The benefits of using social media continue to grow as the number of social networks and their social opportunity increase. One of the benefits most relevant to the advertising and marketing industry is the wealth of consumer data that can be gathered.

As this data continues to expand its availability, Facebook, Twitter, and Google + become more integral to marketing strategy. Facebook is already a key player and Google+ is growing what seems like daily, both with advertising and marketing opportunities, but Twitter is growing in its own right and with it's own, somewhat different offerings. What to me, at the beginning, seemed to be a glorified status update has evolved into so much more. With just 140 characters, Twitter is about creativity in how you deliver your content, and now that the platform has marketers and advertisers reaching for their checkbooks, it is no longer just an update but content with a purpose. Advertisers have a number of options on Twitter, whether a promoted account, tweet or trending topic. Twitter is taking advantage of their enormous opportunity with paid ads, hiking prices for certain days or events that bring more people and buzz to the network. Despite the higher prices, the advertising opportunity from increased network traffic that The Oscars and upcoming Super Bowl create can be very desirable for companies. During the Oscars and the Super Bowl, Twitter, as well as outside companies, will be experimenting and collecting data on their audience's activity over Twitter as well as multiple social media platforms.

GoDaddy.com is one company planning such an approach. They will be sending out 30 second spots over multiple channels along with paid ads. Associated Press has taken Twitter ads a step further, using its Twitter account as an ad platform with Samsung as it's first sponsor. This means that essentially Samsung Electronics Co Ltd paid Associated Press in order to send a tweet from the Associated Press verified account, @ap, promoting its events at the 2013 Consumer Electronics Show a few weeks ago. As far as third party ad tie-ups go, Twitter has said as long as they comply with the companies policies, they do not object.

This layered type of advertising on Twitter has previously only been tested by celebrities. If such promoted Tweets meet with enough interaction from users, this type of ad agreement could open a whole new side of advertising possibilities. Advertising, already big, could become huge for Twitter. Some predict that if Twitter can figure out how to best use the mass amount of data that can be gathered and create relative content for users, they could become a major player as a media company.


Who knows the possibilities if data and relevant content can work together for Twitter. Contact FiG to find out how we can help with your social media and advertising needs.