Vine: We Get It 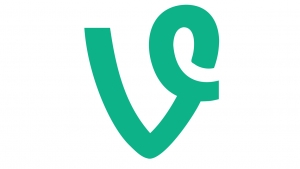 It was only a few months after Facebook purchased Instagram, wanting to secure the #1 spot for photo sharing, when rumors began to surface of Twitter dabbling in video. In October 2012, Twitter acquired the New York startup Vine and come January 24th, released the standalone Vine app.

Vine allows users to take short video clips and join them together to create a 6-second video that runs on a loop, much like an animated gif.  Initially there were some, “I don’t get it” reactions, but those have quickly vanished as the app continues to grow in popularity. Vine reached the coveted #1 spot on the US  iTunes app chart on April 8th, 2013.  Starting off as just a “silly video app,” Vine has already evolved into a strong social media tool.

Vine has been called the “Instagram for video” and in some ways it is just that, the difference being the connection to Twitter. For example, Instagram photos can no longer be directly embedded into a tweet, instead requiring you to click the image link.  Vine, on the other hand, is so well integrated into Twitter and tweets that the only real reason you need the Vine app is to post.  Once posted, you never need to enter the app in order to view your Vine stream, unless you check likes and comments of course.  It gives Twitter the visual aspect it has been lacking or losing out on in the imagery for social media space.

Twitter has grown as a content driven medium and a place where many people get their news, whether from friends, brands, their favorite website, or their favorite news channel. It is where breaking news has first been reported, including the death of Osama Bin Laden in 2011 and this past week’s terrible event in Boston. Twitter also acts as a primary source of information for those in major storms such as Hurricane Sandy. In many ways, Twitter is changing the way we engage with news. Even more, Vine is giving journalists a new way of capturing footage and audiences. Using a smartphone instead of a larger camera allows journalists to get closer, share quickly, and the content is that much more personal.

Brands and marketers are also experimenting with Vine. Adweek reported that Peanut Butter & Co. created a Vine for National Peanut Butter & Jelly day, showing how to make a PB&J with their product and including a link to a coupon. The video brought 300,000 impressions and 6,000 coupon downloads. The draw to Vine videos as promotional tools is that they are creative, short, and  easily shared. Few people mind watching a 6-second video.

There is still much to be explored in the world of Vine, but it is clear Twitter is on to something.


Social media marketing can be an overwhelming task. Let FiG help keep your accounts going and growing! Contact us today to learn more.