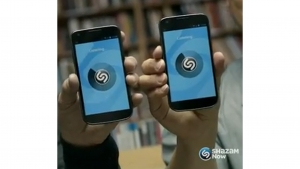 A main reason of this social media success is the widespread usage of second-screen devices—smartphones and tablets. A lot of audience this year have their smartphones in one hand and an iPad on the lap.  It was no surprise to see someone turning to Twitter during the game and finding “David Beckham” trending after his H&M commercial aired.

What does this mean to marketers?

For starters, social media sites provide marketers a platform to extend their brand effect after a 30-second/60-second ad. While Facebook provides a direct link for discussions between the business and consumers, Twitter generates online word-of-mouth around the brand amongst consumers. Marketers can use this as leverage to expand the conversation beyond their original offering without spending millions:

There are numerous ways to enhance the second-screen experience for your customers: Facebook, Twitter, Shazam, QR Codes, etc. However, the question still remains; how many, and which ones, should a company use?

Here is what some marketers did during the Super Bowl:

The integration of social-media within the advertisements this year was of no surprise. With over 12 Million comments posted online, marketers did not want to miss out on this serious opportunity. Keeping the conversation going is an essential part of maximizing the return on your advertising investment and social-media provides the perfect outlet for harnessing this discussion.

For the brands that didn't use social media, did you surprise your audience by other means? First Bank did:

More in this category: « Promoting your Greenonomics Case Study: Bruce Peterka Website Launch »
back to top